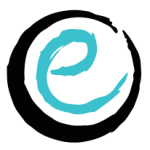 Dr. Harold: Well, ’tis the season. Spring starting, summer’s around the corner, people are starting to get the tennis rackets out and getting their elbows moving again. Those rusty elbows that haven’t gripped a tennis racket in nine months. And so in the clinic we’re starting to see a few trickle in already. And really tennis elbow’s just the lateral epicondyle here and all these muscles come back and insert into that elbow. So we’re gripping, it’s like a strain, sprain type of injury, they get inflamed, and it’s an -itis. And inflammation into that area. So I love that. Any -itis is one of my favourites. Tendonitis, bursitis, arthritis. All the I-tises. Most doctors don’t want to talk to you about them, but I really enjoy discussing it and also treating it.

So that condition, when it’s inflamed around that elbow, we really like to start with a laser treatment. So laser’s going to help again in those specific ways of reducing inflammation, speeding the healing around those cells, and reducing pain. So we want to get people back on the tennis court because it’s important that we are active and healthy and get our joints and body moving. But with these repetitive injuries, when we’re using it over and over again, and it’s just not used to it right? It’s deconditioned, it’s been sitting around all winter not doing too much. And now we’re going to really load it with high forces, as we’re gripping and hitting the ball with the racket.

So I think that if we can reduce the inflammation, we really get great results with those -itises like that. The lateral epicondylitis, it’s a great word to say. And also with my treatment protocol, I don’t just look at, just the lasers, I’d like to do some soft tissue work, some myofacial release into that tissue, open it up, and any little adhesions and buildup of sort of I call it sticky spots, I want to break that up and open that tissue up. So when we combine those two together we got a really great therapy to help people with lateral epicondylitis, or tennis elbow.

Mark: And when you do the protocol, typical time frame for people to get back to their being able to be active again.

Dr. Harold: Yeah, that’s a great question, if it’s a real chronic condition it might take a little longer. Usually I’d say with most of these conditions, I like to get six treatments in, in a pretty sequence, in a short period of time, and really get after it, and try to change that tissue. And then after that we can reevaluate. We’ll say, okay, we’re 50, 80, 70% better, and then we can cut back treatment and then people will be back onto the tennis court.

Generally if it’s a real high level athlete then they’re going to try to be training through some of this. But if it’s just a recreational player, we might ask them to take a week or two off, just to reduce that stress and load into that area while we treat it. And then we’ll hopefully have resolution. But really great results with it overall.

Mark: And would they be doing any other kind of treatment at home? Like using ice or compression or anything else?

Dr. Harold: Yeah absolutely, ice therapy would be fantastic. And that’s I think such a controlled way to deal with inflammation. It’s cheap, accessible, really easy to do. Most people are honestly just a little bit lazy with it. But application of ice over top of that area repeatedly over that time frame of this six treatments can really help speed things along as well.

I always feel that inflammation is one of those key things, the faster way to get rid of that inflammatory, all those products then pain levels just drop right away too.

Mark: Sure, because that extra volume of inflammation product, as you called it, is basically charging that area with a ton more content.

Dr. Harold: Yeah. Chemicals and metabolic waste, and that all just stirs it up more, gives it more aggravation to the tissue.

Mark: Your body’s saying, “Get that out of here. I can’t feel better with this stuff in the way.” Basically. Can’t heal.

Mark: So the big value that I see, and I just want to confirm this with you with the laser, what I’ve noticed with it, is that it’s non-invasive. So it’s very easy. It works what way my body actually heals itself, it’s just accelerating it a little bit. And it’s basically no fuss, no muss. It’s really easy to do and produces great results. Is that your experience with doing this?

Dr. Harold: Yeah absolutely. It’s probably the least invasive treatment that we can do. We’re just putting a light source on top of that area. And it’s just telling your body .. your body is naturally healing, it’s just giving it that real big upsurge of energy to do it at a faster rate. And that’s why all the pro sports teams, whether it’s the Bluejays or Seahawks, pretty much every professional athlete is using it, because you can just shorten those injury times so you can get back on the field, or for somebody, or patient, maybe back on the tennis court faster without pain.

So I think when you’re using these types of therapies, I like to go most conservation to going up that chain, I think this is really the most conservation treatments. There’s no side effects to it. There’s no ill, there’s no broken cells or any kind of chains that are broken up. People think, “Oh it’s like an X-ray.” Or anything like that, no, there’s nothing to do with that. It’s just a stimulatory effect.

Dr. Harold: Yeah, that’s a great word, yeah. And in school we kind of called it the mighty mitochondria, or that’s how teachers loved to propose it for us to remember, because that’s the energy, or the power plant of the cell. And so when you stimulate that power plant to generate more energy, then that energy is used by the cell then to heal at a faster rate.

Mark: And actually cold stimulates the mitochondria too. That’s really the value beyond reduction of inflammation?

Dr. Harold: Yeah. The cold is really going to vasoconstrict that area with the blood flow to try to limit how much products of inflammation are going into that area. Where the laser is going to open up that blood flow and because we want to push in all those good building materials for repair, and then it speeds up the blood flow to get rid of all that metabolic waste. So it works as this unit of blood flow and lymphatic drainage. It works as an anti-inflammatory in that area, natural anti-inflammatory.

Mark: And when’s the best time for somebody. If I just felt the twinge from the first back or forehand I hit this year, or should I wait and really make it really painful before I come to see you?

Dr. Harold: Sooner the better. You don’t want to get that tissue get really angry and build up. Because you might not be playing tennis every single day, but you’re still using your hand and elbows as you’re gripping, you’re opening a jar, or you’re using it to hold the coffee mug. So you’re still always using it, and then it’s part of a repetitive overuse injury. So the faster you can deal with it, the better. I think that’s with most things in life right? We want to get to it as fast as we can, then the end result will be quicker. Less pain, back on the court, quicker. If you let it linger and become then a chronic condition, then that’s harder to change over and it will take longer.

Mark: So there you go. If you got any kind of tennis elbow or any kind of elbow issues, carpal tunnel syndrome, any sort of overuse injury, pain, the guy to see to get it taken care of with the fancy pew pew, laser is Dr. Harold Meinzer, you can reach him at Evolution Wellness, they’re in Vancouver and Langley, and the best place to call on the 604-881-2404 to book your appointment. You have to book ahead, he’s busy. Thank you Doctor.

Dr. Harold: Thanks Mark, have a great day.